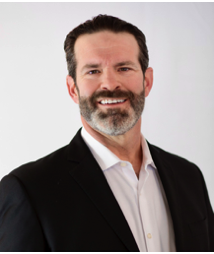 Dr. Nevin is a faculty associate in the Department of Mental Health at the Johns Hopkins Bloomberg School of Public Health in Baltimore, Maryland, and a former U.S. Army Major and Preventive Medicine Officer. Dr. Nevin also serves as Executive and Medical Director of the Vermont-based Quinism Foundation.

Dr. Nevin’s work has been instrumental in improving policymakers’ understanding of the potential for long-lasting and permanent neurologic and psychiatric effects from quinoline antimalarials, as exemplified by the FDA  "black box" warning for mefloquine.

Dr. Nevin has testified before the U.S. Senate, the Australian Senate, the U.K. Parliament, and the Canadian Parliament, and has provided evidence to the Irish Department of Defence on the drug’s lasting neurologic and psychiatric adverse effects confounding the diagnosis and management of posttraumatic stress disorder and traumatic brain injury. Dr. Nevin's work has contributed directly to militaries in the U.S., Canada, the U.K., and Ireland discontinuing their decades-long policies of first-line use of mefloquine, in favor of safer and better-tolerated alternatives.

Dr. Nevin was first to publish a clinical description of quinism, the permanent disorder of brain and brainstem dysfunction caused by the use of mefloquine and related quinoline drugs, and to publish descriptions of certain of its features, including limbic encephalopathy and neurotoxic vestibulopathy. Dr. Nevin has also collaborated on the first review of mefloquine’s adverse effects published in the forensic psychiatry literature, and published the first case report of a U.S. military veteran awarded service-related disability compensation for long-lasting adverse psychiatric effects from the drug.

You can learn more about Dr. Nevin's services, or contact Dr. Nevin directly for more information.